Matt Myrick Steps Down from TDI Board of Directors

Matt Myrick Steps Down. After six years, Matt Myrick steps down from his role as member-at-large on the TDI Board of Directors to accept a position with WarnerMedia. In a letter to the TDI board, Myrick wrote, “I feel lucky to have volunteered with you since 2016. I will always champion TDI’s cause. I look forward to seeing your future accomplishments in supporting the hearing, deaf, hard of hearing, late-deafened and DeafBlind communities.” 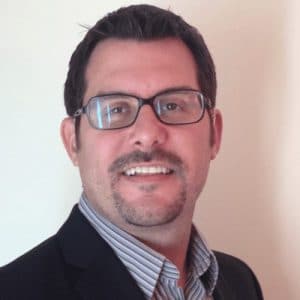 Matt’s absence will be felt, said Jan Withers, TDI Board President. “He contributed to TDI in many ways, especially with his roles on the finance committee, web development, and Training Institute.”

TDI Executive Director Eric Kaika agreed. “Matt had joined the board several months earlier when I started with TDI, and it was wonderful seeing a familiar face,” Kaika recalled.  “This is definitely a bittersweet moment, because Matt has been a tremendous asset to the board, and will be greatly missed. Even so, I’m thrilled for his career advancement. Along with having more deaf and hard of hearing people in accessibility leadership positions.”

The TDI Board will immediately begin the process to fill the vacancy via presidential appointment at the next TDI board meeting on April 22-23, 2022, in Madison, WI. The selected candidate will serve until September 1, 2025. Since Myrick leaves less than a year into a four-year term, his seat will be on the ballot at the 26th biennial conference in 2025, along with two other board positions. TDI members will fill two other seats on the board at that time.

Join Us at TDI, Become a Member Today 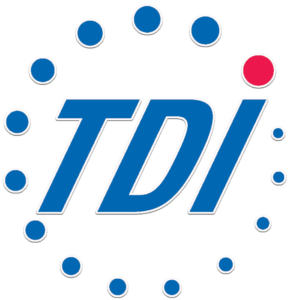 TDI represents 48 million Americans who have some degree of hearing loss.

We welcome all members of the deaf and hard of hearing community (DHH): deaf, hard of hearing, late-deafened, deafblind, lip-readers, cued-users, veterans with hearing loss, senior citizens, deafdisabled, and/or having additional sensory, mobility, cognitive or other communication disabilities.

TDI represents the entire DHH community with one goal. To ensure every person has equitable access to the nation’s telephone, cable, television, radio, and broadband networks.

Join us and become a member today: www.tdiforaccess.org/membership/