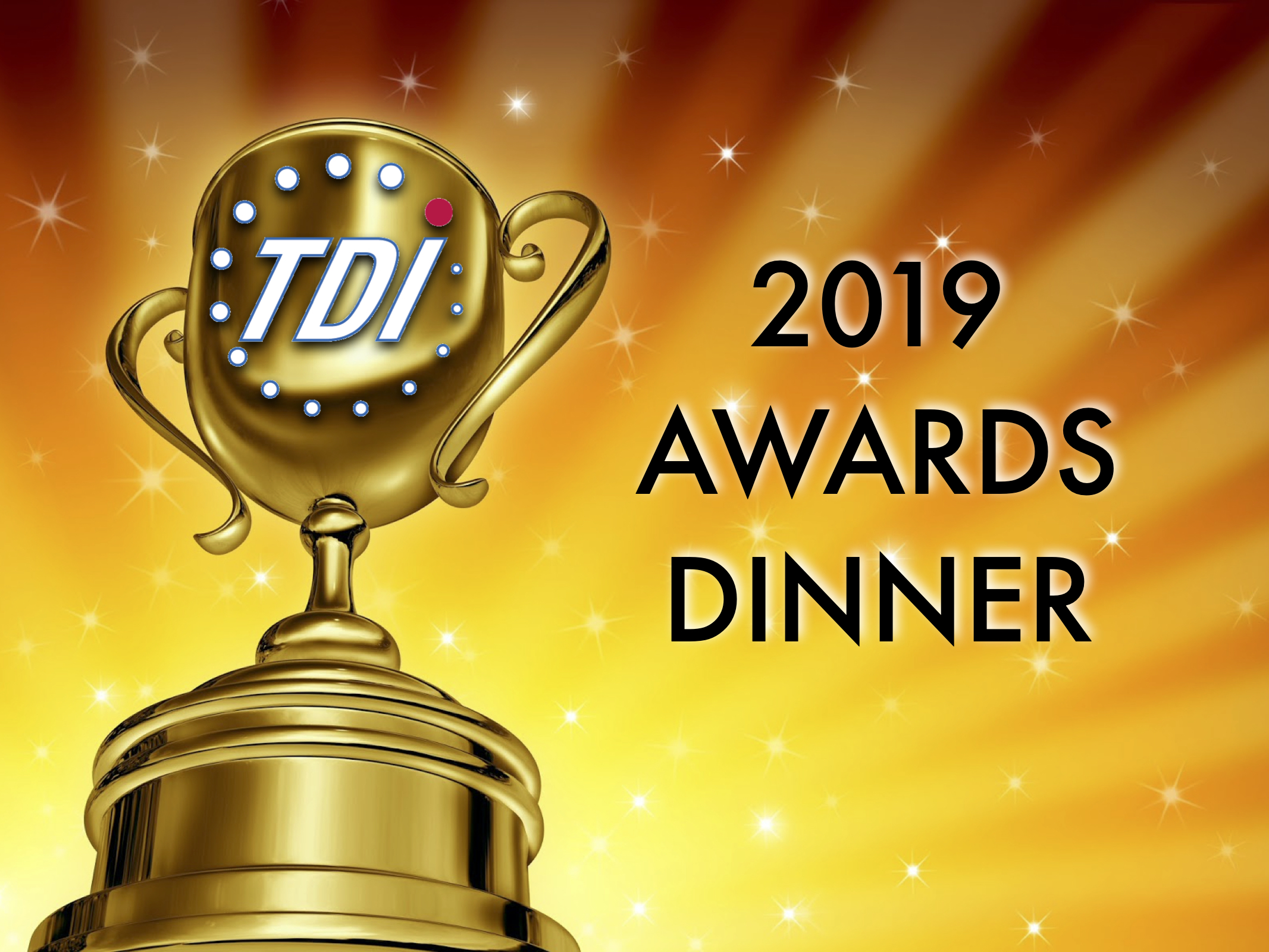 TDI’s Awards ceremony was hosted during its biennial conference during the evening on Friday August 16, 2019. With over a hundred people in attendance, a four-course meal was served before the presentation.

In total, ten individuals and corporations were recognized, in six categories, for their outstanding contributions in improving accessibility.

The H. Latham Breunig Humanitarian Award was given to Sheila Conlon-Mentkowski for her eight years of service to TDI as a West Region Board Member and her last six years as Board President.

During her tenure, she proofed all of TDI’s policy filings, publications, and heavily involved with all TDI’s events including its 50th Anniversary Gala and three biennial conferences.

The Robert Weitbrecht Telecommunications Access Award had recipients; Susan Mazrui of AT&T and Robert Engelke of Ultratec. Both individuals had tremendous success in improving telecommunications and media for the deaf and hard of hearing community.

The Karen Peltz Strauss Public Policy Award recognized Lise Hamlin of Hearing Loss of America Association (HLAA). She is an instrumental player in ensuring the needs of people who are hard of hearing are met in many policy proposals, including emergency planning, hearing aid compatibility, and assistive listening systems. Her imprint is on the hundreds of filings TDI made with the FCC.

The Andrew Saks Engineering Award went to Netflix for their implementation of online captioning in their streaming programming. Netflix went a step further in captioning by creating customizable options for those who are unable to clearly read the traditional white text on black background.

The James Marsters Promotion Award went to three organizations: Starbucks, Microsoft, and LinkedIN with ZVRS/Purple. Starbucks was lauded for their first US-based Signing Store in Washington, DC, where all the employees are deaf and use sign language. Microsoft was recognized for harnessing the power of artificial Intelligence shown through a series of commercials portraying people who deaf and hard of hearing. LinkedIN and ZVRS/Purple was praised for their collaborative work in creating employment opportunities for deaf and hard of hearing job-seekers.

The final award of the evening, the I. Lee Brody Lifetime Achievement Award was presented to two individuals, Art Roehrig of the American Association of the DeafBlind (AADB) and Brenda Kelley-Frey with the State of Maryland. Art’s dedication to the deafblind community goes back decades, he played crucial roles in promotion of tactile communication, and a number of accessible features in telecommunications. Brenda is a tireless advocate of the deaf and hard of hearing community, her work has made the State of Maryland as a model for relay administration and equipment distribution.

The next TDI Awards will be in 2021 at the TDI Biennial Conference. To submit nominations or learn more about the TDI Awards and past recipients, visit Conf.TDIforAccess.org