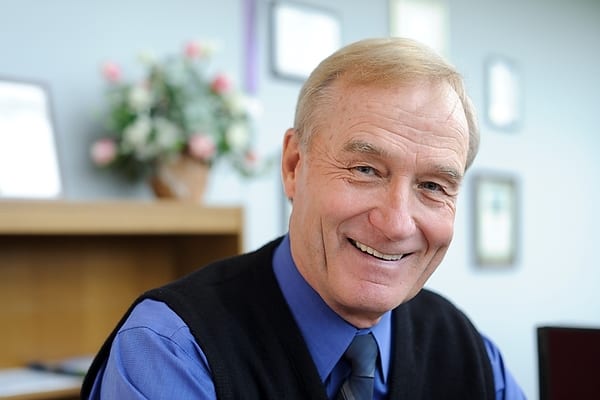 On Friday December 20, 2019, TDI hosted a small and intimate party to recognize and appreciate Rob Engelke, chief executive officer of Ultratec for his many years of innovations and contributions to the deaf and hard of hearing community.

The event was held at Zaytinya in Washington, D.C. and attended by TDI Board of Directors, Sprint, Hamilton Relay, the Trace Center and other individuals closely familiar with Rob’s benefaction.

Rob is credited for revolutionizing the telephone for the deaf and hard of hearing community. He created the miniature teletypewriter (TTY) using the housing from a calculator and plastic coin holders. His small and affordable TTY launched Ultratec into a worldwide company.

His extraordinary advances enabled deaf and hard of hearing people to communicate through the telephone. He later created CapTel, the Captioned Telephone which provides a verbatim transcript on the user’s screen.

Rob does more than just innovate, he’s a longtime advocate, philanthropist, and humanitarian. His contributions to the deaf and hard of hearing community is largely unparalleled and TDI is forever grateful for his remarkable achievements and devotion to making the world more accessible for all people.

From the bottom of our hearts, thank you, Rob – for everything.