Barry served from 1979 to 1983 as TDI’s second executive director. In later years, he was more renowned for his enthusiasm about Deaf sports. Along as the founder and editor of DeafDigest, an electronic newsletter that began in 1996. 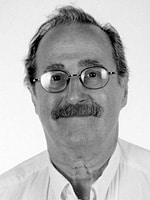 Born deaf, Barry grew up in the boroughs of Brooklyn and Queens, New York. He attended the P.S. 47 School for the Deaf, and then graduated from Charles Evans Hughes High School. He headed to Gallaudet, where he earned a bachelor’s degree in business administration with an emphasis on accounting in 1966.

Barry worked as an accountant for nine years with Export-Import Bank. Then moved on to the National Association of the Deaf, serving as an administrative assistant. TDI was his next stop, and he continued in this position for four years.

During his tenure at TDI, Barry was instrumental in the growth of TDI’s state chapters. He streamlined the publication and distribution of TDI’s iconic Blue Book. Along with marketing portable and affordable TTYs, and selling captioning decoders for TV sets. In 1982, during Barry’s tenure at TDI, the deaf and hard of hearing community tuned in to watch for the first time in televised history (1982) the Academy Awards, ABC World News Tonight, and the Super Bowl XVI with captions.

After leaving TDI, Barry worked for the State of Maryland Department of General Services and DCARA in California in accounting. He returned to NAD as the managing editor of the NAD Broadcaster and then as NAD’s director of membership services. After leaving NAD, he worked as the director of payroll services with the Pennysaver Advertiser before finally retiring in 2014 after 24 years as an accountant at Federal Mediation Conciliation Services. He also was a long-time sports writer and editor for Silent News.

“While my interactions with Barry were limited to my younger days at Gallaudet, I recall frequently seeing him at many sporting events on campus, as well as receiving his monthly DeafDigest newsletter,” said TDI CEO Eric Kaika. “Now having worked at TDI, I deeply appreciate his contributions to the deaf and hard of hearing community spanning five decades.”

Barry is survived by his wife, Cathryn Carroll, and his daughter Kelly, her husband Ed Gagain, their two children Kiley and Samantha, his son in law Matt, his wife Rachel, and their son Dominic.